So I've read many analyses of the best strategy to use to sell and roll options. How far away to you place the strikes? Do you put it right At The Money (ATM) to maximize income? Or do you move it out further away, say at a "delta" greek value of 0.25, where there's statistically only a likelihood of 25% that the price will expire In The Money. If it expires OTM you get to keep all if the premium, of course.

My friends at Tasty Trade did a number of backtests on this issue and came to the conclusion that a delta level of around 0.25 was optimal. So for a long time that's what I used in my trading. More recently though, as I've gotten more experienced at options and more comfortable with rolling them, I experimented with sell straddles (right at the money) instead of strangles. My results were surpringly better than selling strangles.

Was this a fluke? I don't think so. Take a look at these four graphs. (You can click on the images to expand them?)

This is not a very precise calculation, but an approximation. I've simply assumed we never adjust any weekly strangles. Since I knew what our average cushion was on the strangles (distance to strike), I've put a red box on the amount by which the stock price movement exceeded that cushion.
This would be the visual amount of the loss suffered in that week. The I added those box amounts together in a very rough way, to calculate the losses in the weeks when assignments cost us to cover at a loss. All other weeks of lesser moves represent gains, where we get to keep the entire premium.

The first two show the same stock, Bank of America, selling a strangle at a delta level of 15, versus selling straddle right at the money. 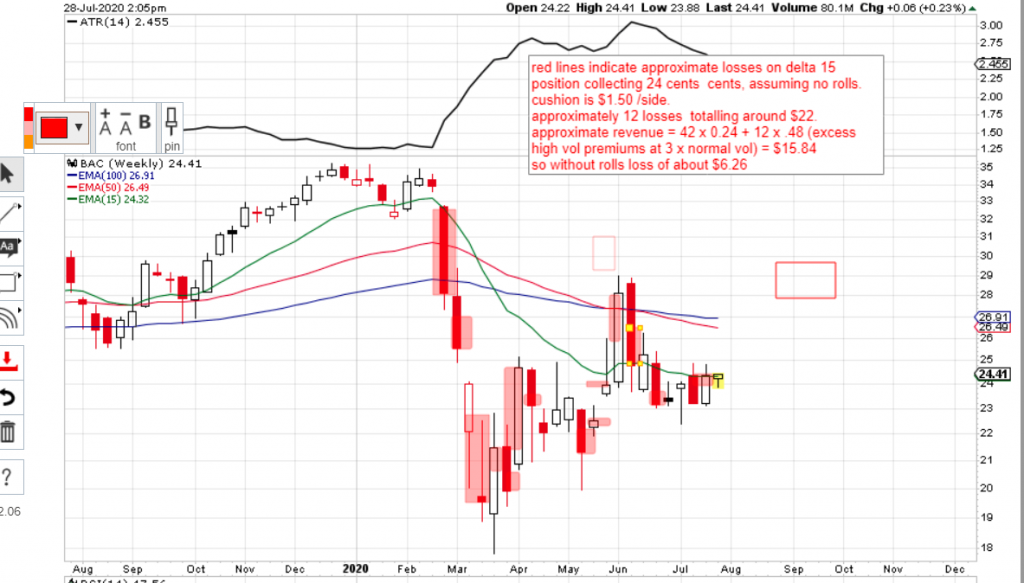 In the above graph, you see that there are 12 losing trades, costing us approximate $22 per share. Our likely revenue on this strategy comes to only $15.84/share, resulting in a loss of $6.16.

If we sell a straddle, instead, we do much better. We also have 12 weeks that result in a loss, and the losses are slightly larger, totalling $32 instead of $22. But we collect a lot more premiums right At The Money, which brings us around $61.92 in total. So the strategy in this case nets profits of around $29.92. 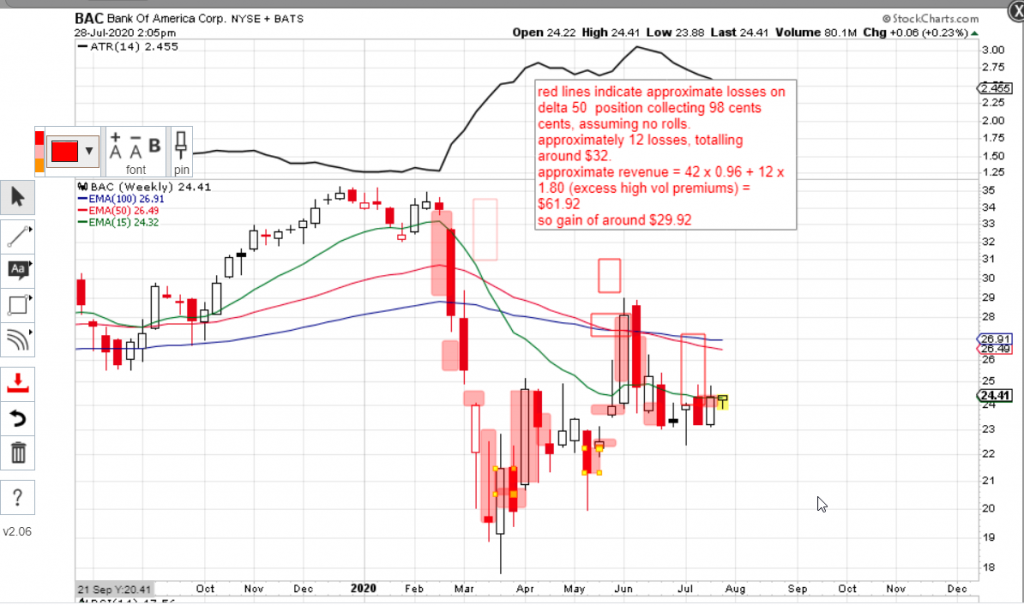 Was this a fluke? I tried another stock, picked at random: NIO Inc, the Chinese version of Tesla. 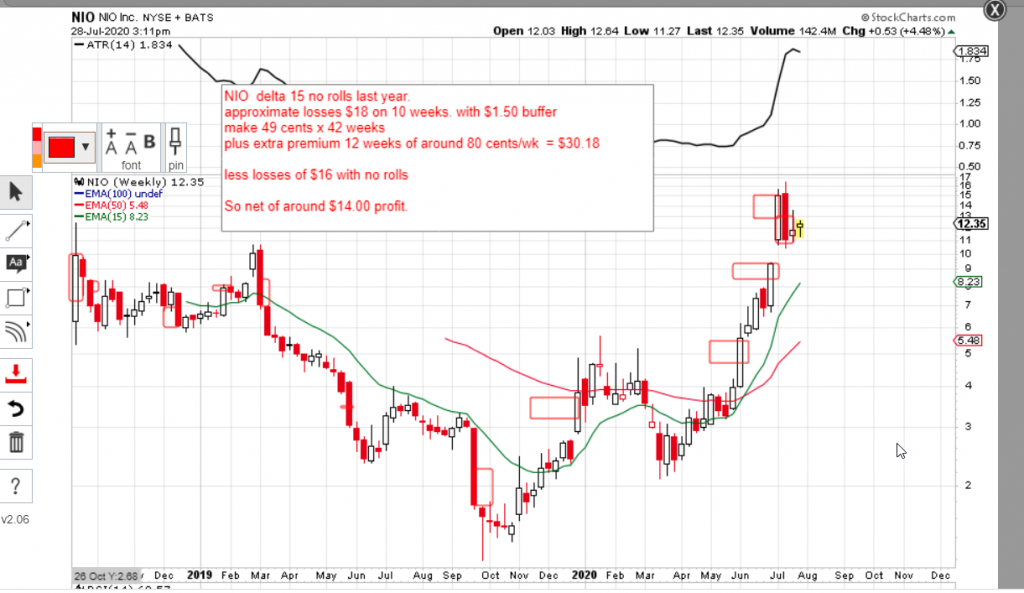 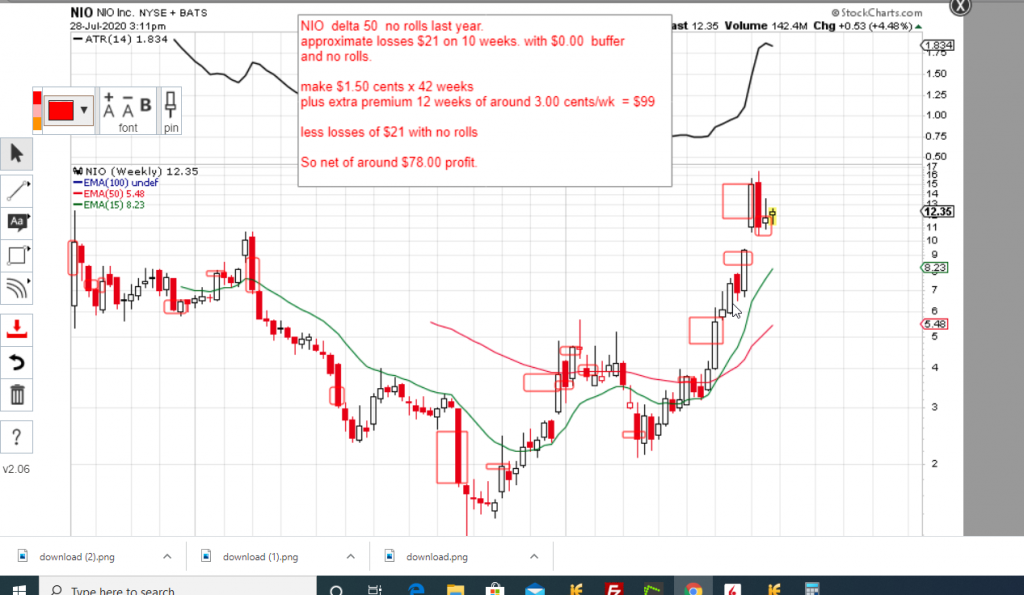 Please be sure to note that this study is only a gross approximation. A proper study would need to use a much larger data set, and calculate values exactly, instead of using these clumsy "ballparked" values. But that is for another day.

But my conclusion after 3 years of applying both, is that selling straddles is more lucrative than selling strangles.