The last few weeks have seen the market give back all of its gains for 2015, causing a number of our clients to ask if this was "the big one". My belief in short, is no, but I do expect a "normal" correction after 6 years of a steadily rising bull market.

The fundamental reasons are numerous:

So there are numerous real world reasons for this stock market to correct down.

But let's also look at technical factors. Stocks do move on fundamental intrinsic values in the long run, but they move on mass psychology in the short term. This mass psychology tends to move in wave patterns that correspond eerily closely to the mathematics developed by 12th century mathematician Leonardo Bonacci, known more commonly as Fibonacci numbers.

Take a look at the following 2 graphs, one showing a monthly view (each candle represents one month), the other a weekly view, for more detail. 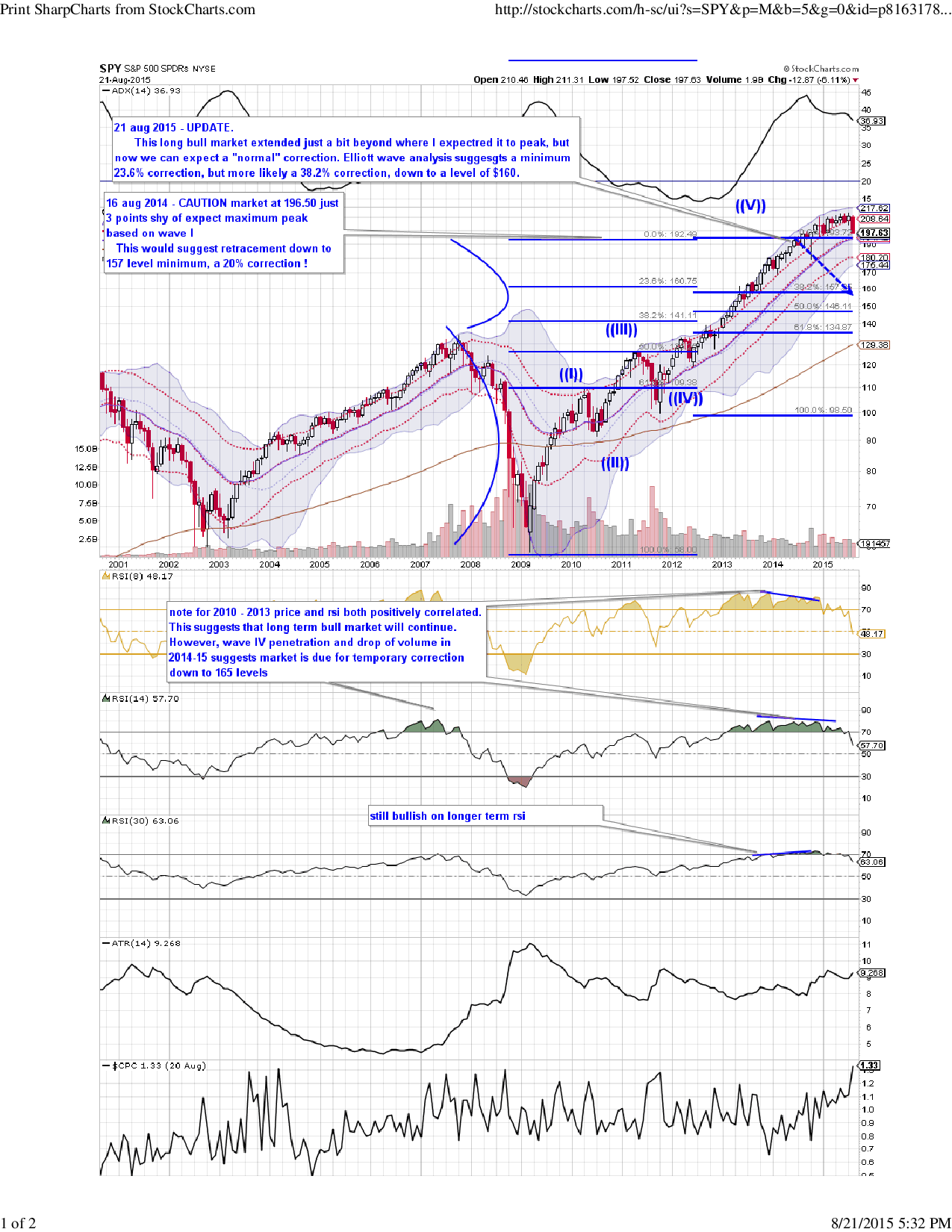 This graph shows that I've been expecting a correction for almost a year now, and in fact the peak on SPY extended 10% more than I expected. Now, however, I believe the bullish three year upwave is finally ending. 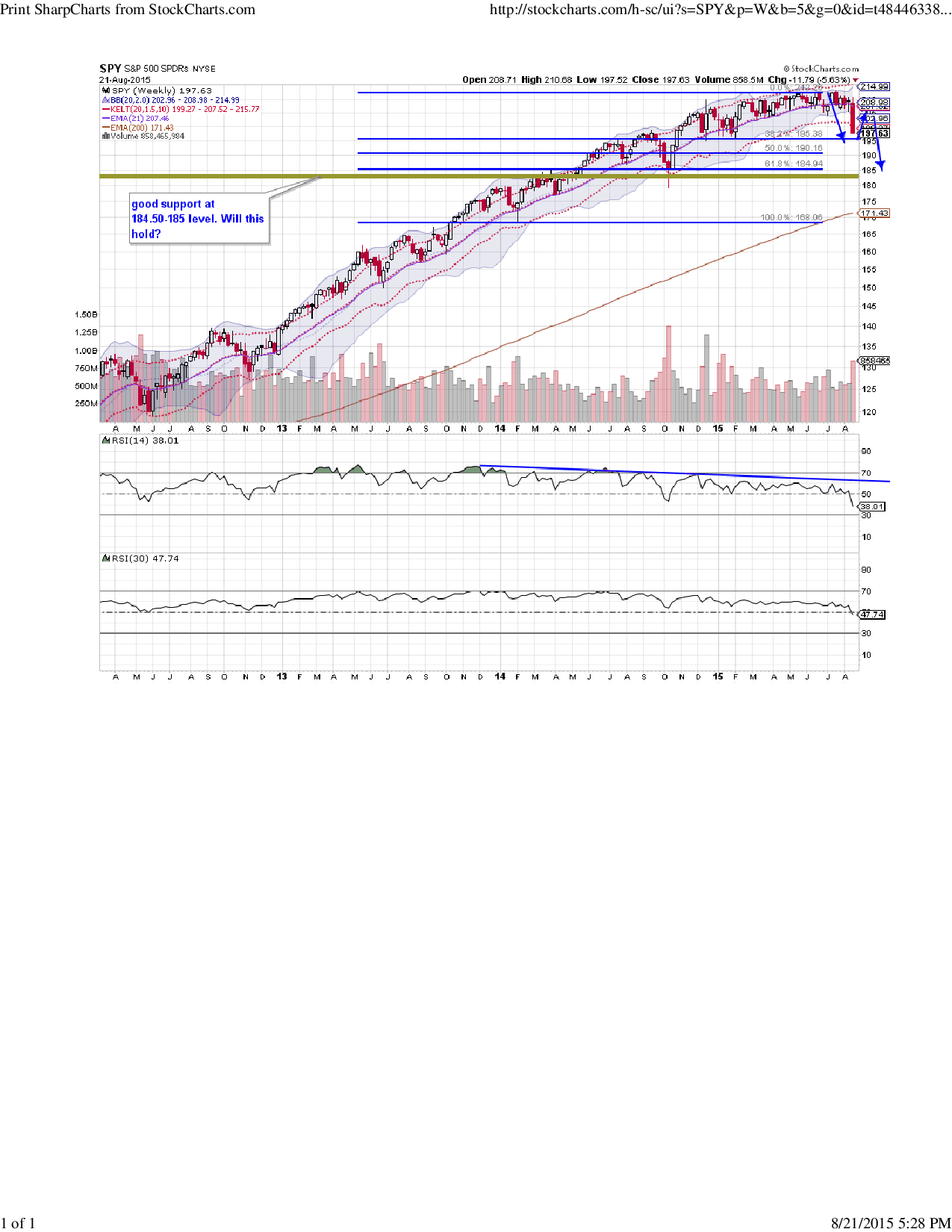 Elliot wave technicians will tell you that after the 5th Elliot wave pattern peaks, in this case at $217.92 , it is common to see a downward retracement in a zigzag formation (ABC pattern) that retraces down 61.8%. This would take us all the way down to a level of around $120.

That dramatic drop is certainly possible, but I do not believe it is likely to happen. Note how our price and RSI slopes only diverge on the short term but on the longer term (30 period) RSI chart they are both sloping upwards, in a pattern of bullish convergence. This leads me to conclude that the market will find ultimate support at $185 level. That would only be a retracement of about 18% off of the highs, which is very rare in Elliot wave patterns. Elliot wave theory would ascribe a minimum drop of 23.6% or around $175.

As we get closer to those levels, we will need to take a look at volume and rsi measurements, and make a new determination. And of course technical waves just measure probabilities, not certainties. But when bother the fundamentals and the technicals point down, the wise investor will take defensive measures.

Back to top
mobile desktop